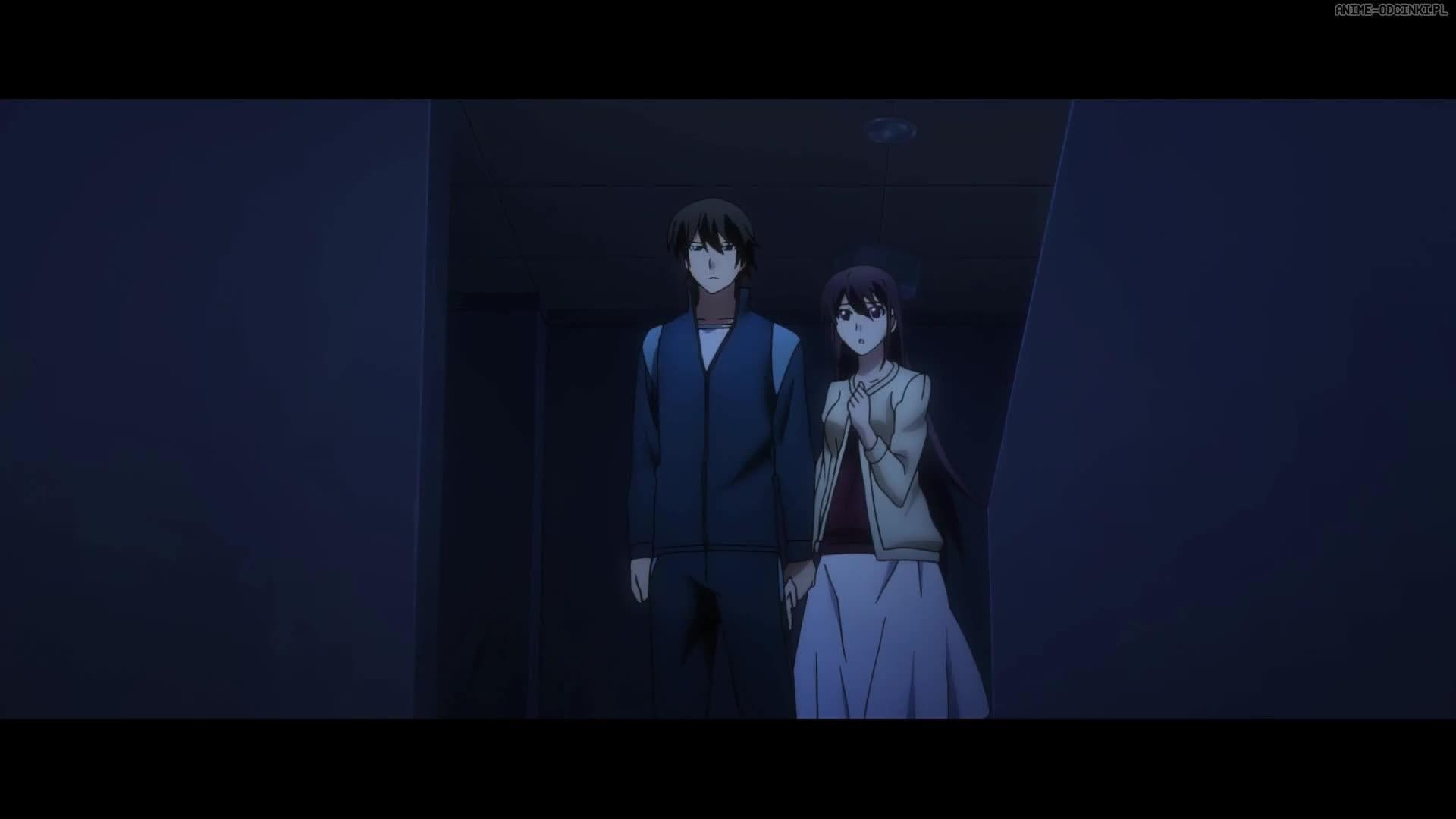 The Fruit of Grisaia (Grisaia no Kajitsu) – Uncensored: 1x4

Where to Aim the Silver Bullet

During his morning jog, he met Michiru sitting on the grass with a cat on her lap starring at the sea and had a light conversion with her. Next morning, he saw Michiru drink a 100% Vitamin C drink and later saw Makina and Sachi watching cartoon while doing push ups. Later that night, the rest of people except Michiru discussed about Michihiru and her behavior. Later that night, Sachi, Yumiko and Yūji witnessed Michiru yelled in pain as the hair dye drips onto the floor. Next day in the evening, Amane asked Yūji on the subject of friendship between men and women. When Michiru was asked of it, she run off after responded to it. She became a different person when Yūji found her. She then kissed Yūji after a short conversion and then returns to normal. One morning, after Yūji demonstrated to her what she did to him yesterday, she ran off to calm herself down and chased the cat away. She ended up finding the cat together with Yūji to found out that the cat lying beside the road dying. They went into the cab and witness the cat died as they take a trip on the cab. Michiru then cried while hugging the dead cat.