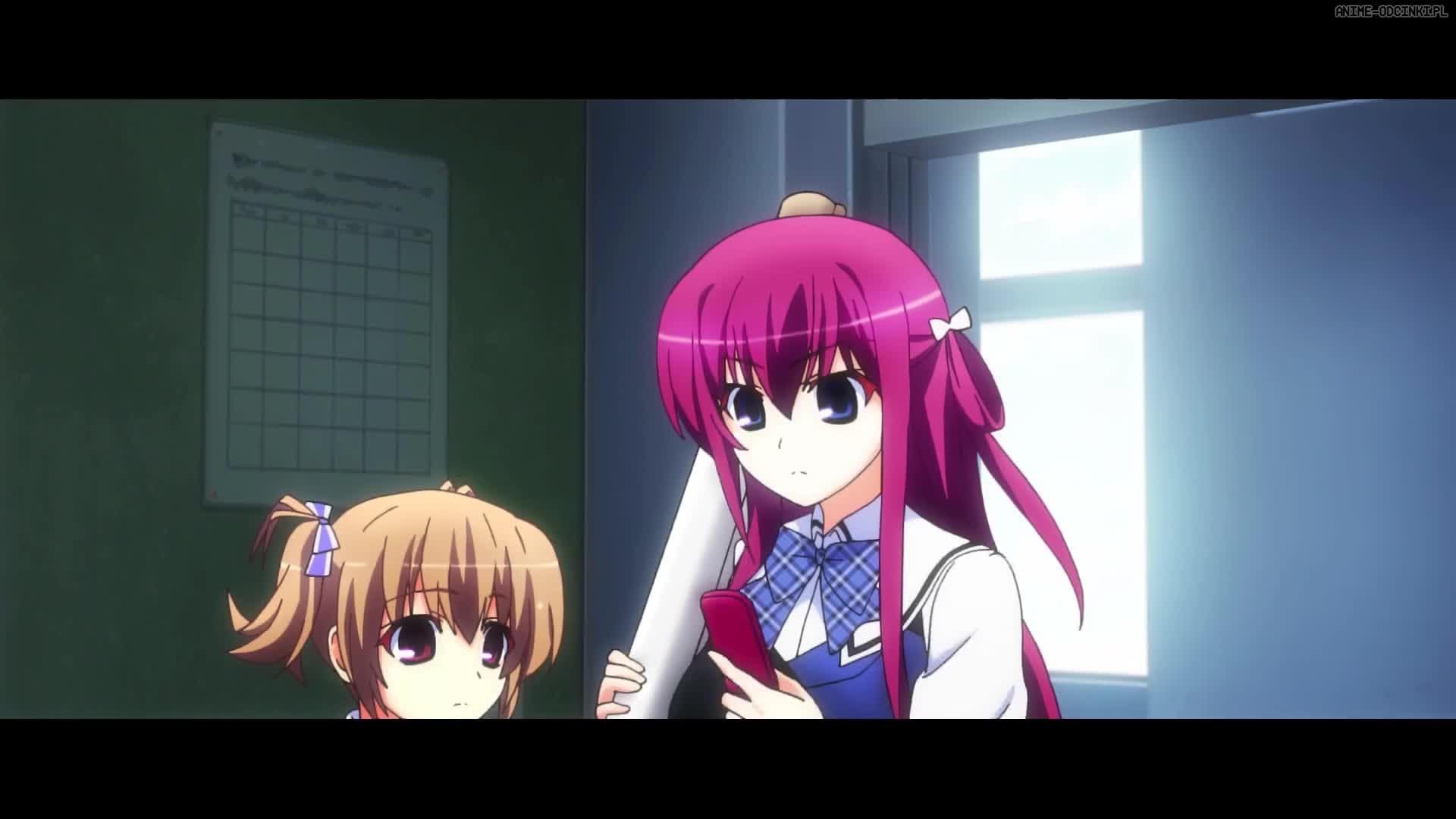 The Fruit of Grisaia (Grisaia no Kajitsu) – Uncensored: 1x3

Early in the morning, after his morning jog, Yūji saw Amane is hacking into his room and immediately intended spy on her to know her intend to do so. He later found that she wanted to give him a morning kiss. Amane then jumped onto his bed and masturbate after smelling his unwashed clothes. He later then make a song for Makina to tease Amane as he, Amane and Makina runs to the classroom for their late departure to the classroom. Amane later then raise her concern on Makina as she is starting to imitate Yūji’s actions after they requested Sachi to buy them drink. Later, he heard a voice that sound somewhat erotic and found out that it is from Michiru, who is playing with the cat and lying on the ground. Next day, he was caught into a situation where Sachi is making him a shark pouch with glitters for him and Michiru somehow got him out trouble by giving it to Makina. After that, during their exercise time, he carried Amane to the nurse room to treat her injured leg. Amane then requested Yūji to become her boyfriend and subsequently his older sister. He agreed to the latter proposal. Next day, Amane and Makina take their lunch with Yūji and he then realize that he had been avoiding people since his “master”‘s death.