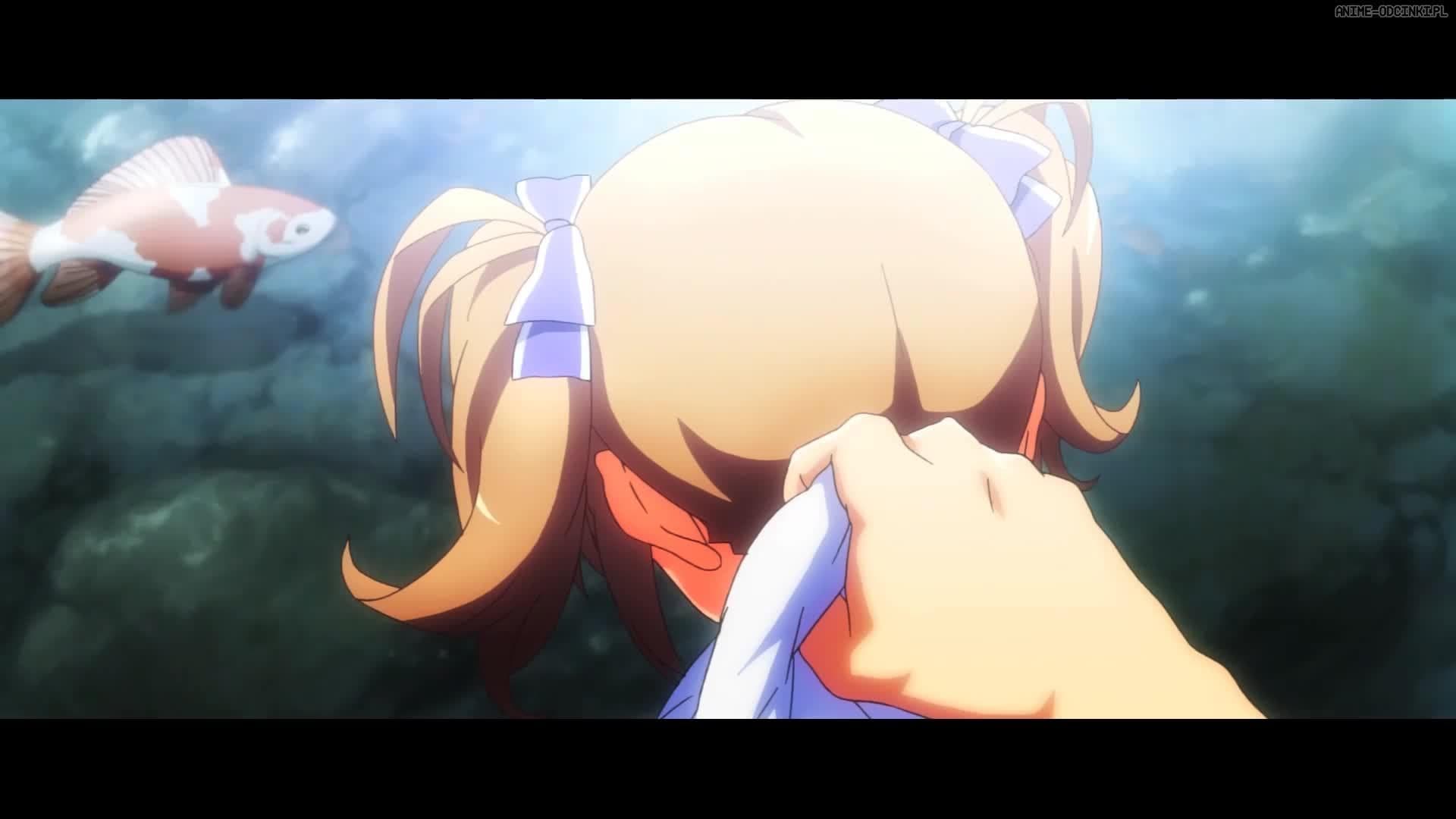 The Fruit of Grisaia (Grisaia no Kajitsu) – Uncensored: 1x2

Yumiko Sakaki attempted to cut Yūji with a blade but fails each time in doing that. He somehow got along with Makina, who is actually quite shy, after he helped her to catch the crayfish. He then visits the principle’s office for advice on resolving Sakaki’s hostility towards him. He also found out that all of the students, including him, have special circumstances that are sensitive. Yūji’s guardian and work boss, JB comes to pay him a visit outside of school. This caused his classmates to question him of JB’s identity, especially Amane who is concerned whether Yūji has a girlfriend or not. Later, in the evening, he was ambushed by Yumiko with a blade and he responded by grabbing the hand which is holding the blade. He then tell her that he is not her enemy and intended to be her friend. From that day onwards, Yumiko is no longer hostile towards him and treats him as another student in the academy.