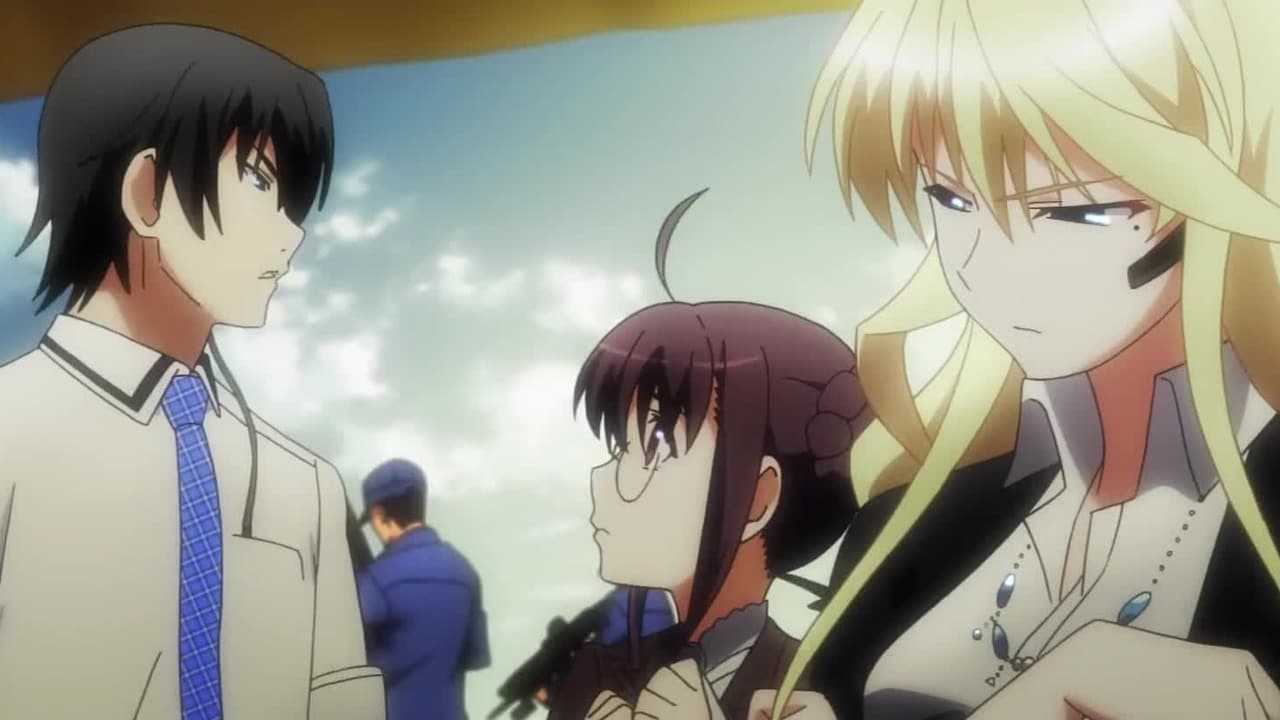 The Fruit of Grisaia (Grisaia no Kajitsu) – Uncensored: 1x13

Yūji accompanies Amane to the site of the accident so that she can finally put the incident to rest. On the way, Yūji is stopped by a man who claims to be Amane’s greatest fan. After she pays her respects to her dead friends, Amane leads Yūji to a location on the map that Kazuki gave her where they find a note hinting that Kazuki is still alive. Meanwhile, the man who accosted Yūji has entered the Academy and taken the other girls hostage and demands Amane’s presence. When they return home, Amane prepares to give herself up and Yūji, having been able to listen to the goings-on in the school via cell phone, comes up with a plan to end the standoff. The hostage taker is revealed to be the father of Chiaki Sakashita who has not been able to deal with the death of his daughter and wants to kill Amane for surviving. Having decided that shooting Amane would be too easy a death, Sakashita removes her to the washroom to have his way with her. Yūji is able to snipe Sakashita through a 10 cm wide field of view from over 900 m away, ending the hostage situation and reuniting him with the girls. Following a time skip of one year, an unidentified boat enters Japanese waters. One of two passengers fires a rocket at the Coast Guard cutter and helicopter. The other opens a music box.