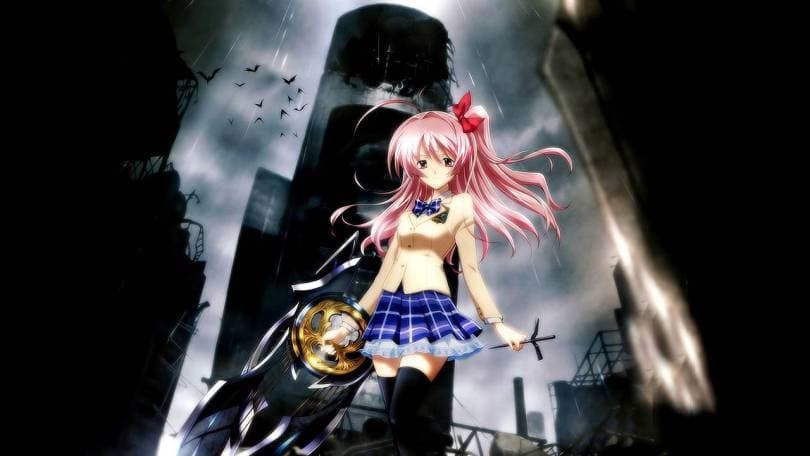 A flashback shows when Takumi was a little boy. He couldn’t go on a field trip so he wished that no one could go. He drew a picture of a school bus and then he ripped it in half. His mother then receives a call informing her that on the way to the field trip the bus got in an accident and was ripped in half. Takumi thought his wish came true. For days he didn’t talk so his mum took him to the doctor. (The flashback now ends.) Takumi goes to the hospital to see the doctor he saw before. He claims that he is sleepwalking so they have him sleep for three hours to see if he gets up. The nurse says that he was not sleepwalking and so Takumi goes home. Rimi goes to the library and meets a strange student. Back at home, Takumi receives an image of him running from the murder while holding a stake. He believes that Shogun took a picture of the future. Misumi brings Takumi to a live concert to see the band Phantasm and their lead singer FES. Takumi notices that FES is looking at him and hallucinates that she is walking towards him. Takumi leaves the concert early and the scene goes to a girl and her mother preparing to move to a new house. Nanami takes Takumi to go buy him a cell phone and then they go eat. At home Takumi goes on the chat room and clicks on a link saying “fourth incident”. When he clicks on it, it leads to an auction called Vampire.