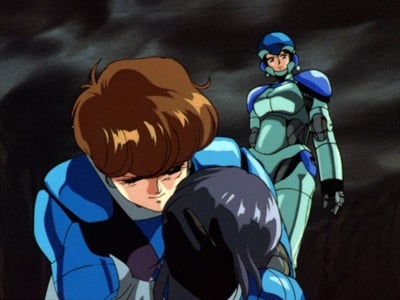 There’s plenty of bother brewing over MegaTokyo, because the area island Genaro is recoiling over the lack of their shuttle and weapons, and the publicity of their ties with GENOM. Meanwhile, a “vampire” has lately been sucking individuals’s blood all over the place, and Priss’s mysterious new good friend Sylvie has some fascinating ties with the island controversy.