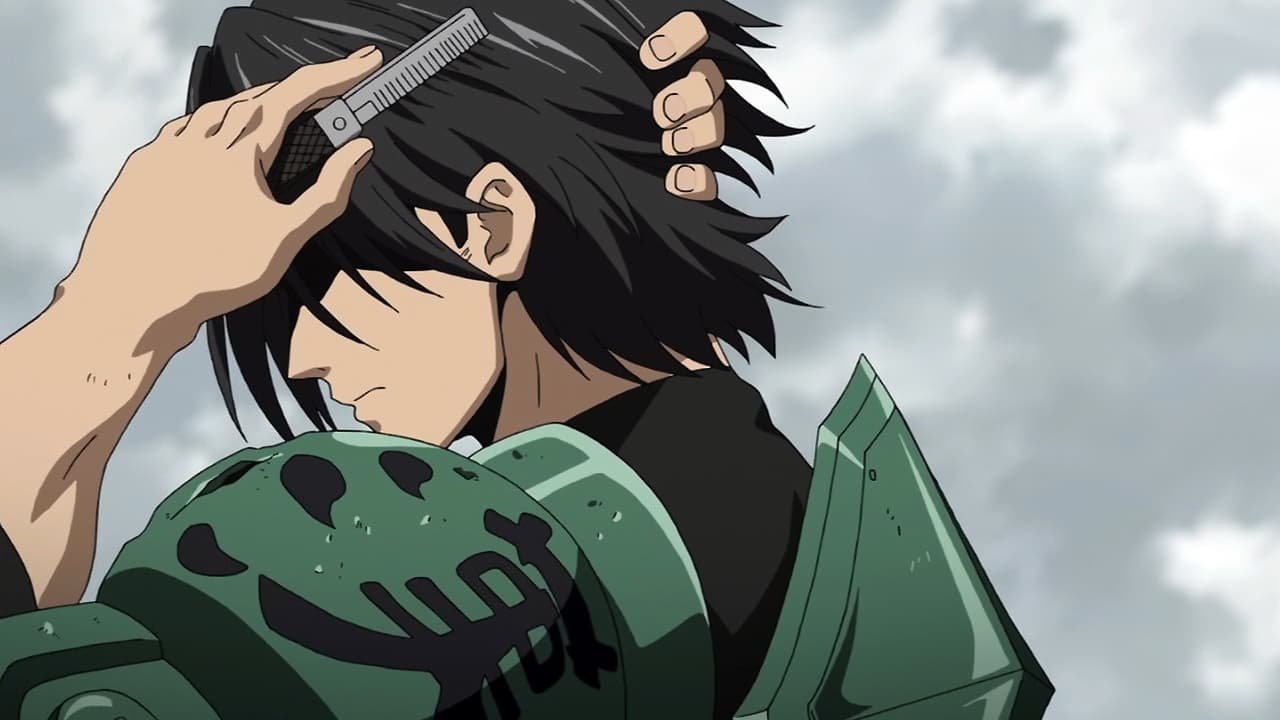 Kill the Three Beasts - Second Half

Liver and Bulat engage in a battle, while Tatsumi fights Nyau. Liver unleashes his Teigu, Black Marlin, which manipulates and controls preexisting liquid, and lands some attacks on Bulat, causing the latter’s Incursio armor to gradually lose strength. Liver notices Bulat’s determination despite this growing disadvantage and uses a special attack that finally wears out Incursio. Now without Incursio, Bulat decides to engage Liver in a sword fight. Liver tries recruiting Bulat to Esdeath’s army, but he refuses, realizing that his former general’s views have changed. The two fight, and both eventually wound each other. Mortally wounded, Liver reveals before dying that the reason he joined Esdeath is simply because he admired her. Though victorious, Bulat finds that his wounds are poisoned from a last-resort attack inflicted by Liver. He subsequently entrusts his Incursio to Tatsumi so the latter could use it against Nyau, who taunts Tatsumi and doesn’t believe he will be compatible with the Imperial Arm. However, Tatsumi proves to be compatible with Bulat’s Incursio, and with it, he kills Nyau. Despite Tatsumi’s victory, Bulat succumbs to his wounds, and Tatsumi mourns for his mentor. Elsewhere, a girl, Kurome, is informed that she has been chosen to be a part of a new group, and she believes this could be a chance to see her sister again.