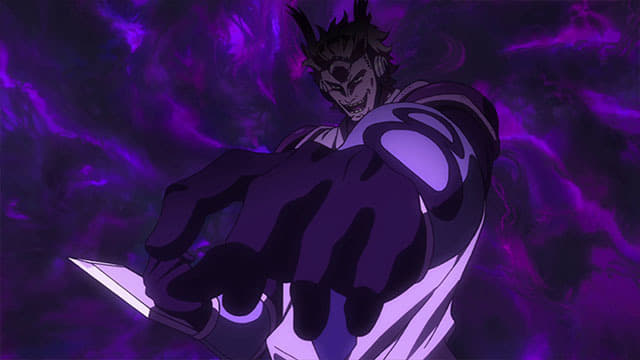 The unknown figure from the previous episode kills a girl by beheading her despite her pleas. Tatsumi is informed of the crazed former executioner of the largest dungeon in the kingdom (the unknown figure), who became addicted to cutting off heads and crazed for blood. He possesses a powerful Imperial Weapon, which every member of the Night Raid possesses in one form or another, and the Executioner’s is in the form of a large green eye strapped to his forehead. It is revealed that when two imperial weapon welders fight, one has to die. Night Raid is then sent on a mission to eliminate him. During the mission, Tatsumi, who is paired Akame, is led away by a vision of Sayo and severely wounded in a battle with the Executioner. The green eye is revealed to be a weapon that can foresee the future movements and attacks of the opponent and can befuddle the opponent by dazing them with the image of their most beloved one. Just when Tatsumi is about to be killed, Akame appears and battles with the Executioner. The Executioner attempts distract Akame with the vision of a beloved one, a young girl that is shown to have fought with Akame in the past through Akame’s flashback. However, Akame quickly kills the Executioner and replies that because the girl is who she loves the most, she must kill her the quickest. The Executioner’s earpiece, which is what drove him mad in the first place with the cries of those he killed, breaks and the Executioner dies in peace. Akame goes to Tatsumi’s aid and promises to clean his wounds.