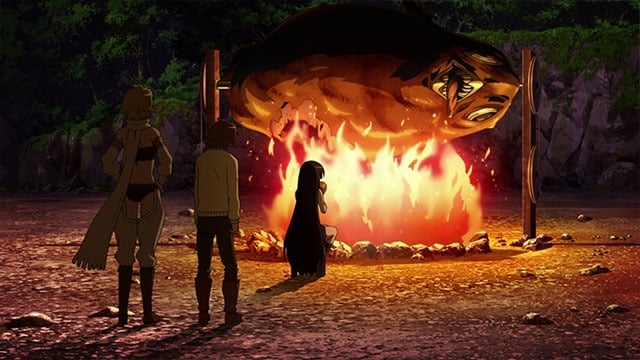 Tatsumi is taken to the Night Raid’s secret hideout by Leone, in which he’s introduced to the rest of the members of Night Raid–Bulat, Sheele, Mine, Najenda, Lubbock, and of course Akame, the latter of which who tried to kill him the previous night–and instantly formed distinct relationships with each one of them. While he didn’t think much of Bulat, Sheele, Mine, Najenda, or Lubbock either way, he still got flustered around Leone all the time, and began to dislike Akame at first, both because of her strange attitude toward him, and because she tried to kill him the previous night. Before Tatsumi could be excepted into Night Raid, he had to help them with a specific assassination to prove his skill to them. Their goal was to take out two individuals who were high up in the government. Leone and Akame successfully take out one of them, and Tatsumi, with a little bit of struggle, takes out the other one on his own, earning their trust and becoming an official member of Night Raid after Akame’s inspection of seeing any bodily injuries. Tatsumi is then informed by Najenda that he will be working with Mine for now, while in the distance Mine feels a chill, questioning why she felt it.