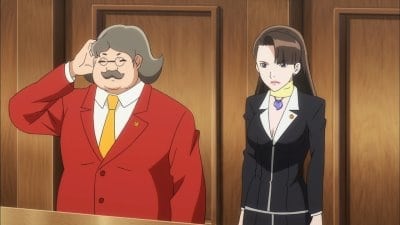 Five years ago, Phoenix is accused for the murder of Doug Swallow, who was electrocuted to death. Mia, who had previously been traumatized by her first trial a year ago, defends Phoenix in court, where Payne suggests Phoenix had bad blood with Swallow over his then girlfriend Dahlia Hawthorne and pushed him into a severed electrical cable.